Lady of the Dead by Gretchen S.B. 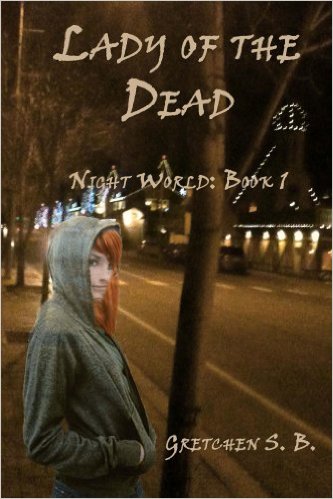 Lady of the Dead follows Gwen, who holds the title Lady of the Dead because she can enter the spirit world and command spirits. She’s the only one of her kind, which is only born every century. With her powers, she’s always been protected by Warriors, supernatural men who are fearsome fighters and can live for millennia. While Gwen’s powers have been growing, things in the Northwest have been heating up. So much so, that her trusted guards have called in the North American King of the supernaturals who is also a warrior, to set things straight. Cesar, the king who comes undercover, is appalled by the democratic and independent way this territory is run and confused by the amount of respect the entire community gives Gwen. When he discovers he’s her mate while she’s recovering from a spiritual injury, he has to battle the Maddening (the desire to mate that can drive a Warrior insance) while trying to stop a war.

On the surface, this book has everything I look for in an Urban Fantasy novel, and while the Lady of the Dead concept was new to me, everything else seemed a bit recycled. Normally that’s not a problem because as they say, there’s nothing new under the sun, but the writing was also flat in some cases and stilted in the others, especially the dialog. And for a supposedly powerful creature, whenever Gwen slipped away to do her own investigating (which I did love), she ended up wounded and useless for a couple critical scenes. She’s supposed to be the main character, but she’s useless for a good portion of the book. Also, there’s a lot of characters to keep track of, and so many plots, by the last quarter of the book, I gave up trying to figure out who was who, who stole what alias, and how a few small attacks could be considered war.

Cesar, the king, was interesting. While he did fall into the warrior machismo common in these stories, he did have a few quirks I found endearing. Reading about his and Gwen’s shared dreams made me laugh, though I was simultaneously insulted on Gwen’s behalf.

There were a few characters I liked. Poe, of course. He had that mysterious, bad boy past that always intrigues me. Roman, and the leader of the werewolves, Carter, Viking, and the twins were also characters I want to get to know.

For the actual story, there’s a lot going on; much more than the brief synopsis alludes to and it shows. There’s a lot of repetitive things; there’s fighting, Cesar hides information from Gwen so Gwen goes off and gets hurt and then when they need her, someone else has to step up (which someone always does). I think if the author had cut a few of the subplots, the story would have been a lot better. This is also one of those stories where the right person always shows up at the right time to save the day, which really brings down the tension.

Interested in reading Lady of the Dead? It’s free for Kindle Unlimited subscribers, or only $2.99 on Amazon.