An Affair With Danger by Robin Storey 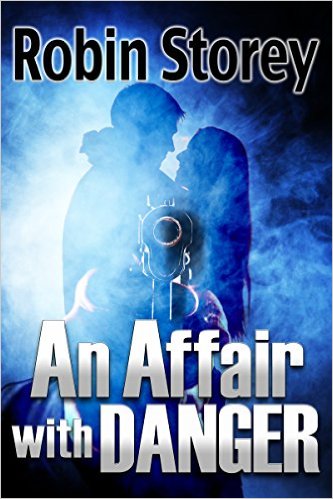 An Affair With Danger tells the story of Will McPherson, a victim of an armed robbery, who through the course of the robber’s trial and imprisonment,  falls in love with the criminal’s girlfriend.

For once, we have a romance novella that’s told from the man’s perspective, something rarely seen or done well. As further bonus, Will isn’t the usual Alpha male hero seen in the majority of romances today. He’s a bankruptcy lawyer and aspiring musician stuck in a rut, which is a big enough change from the usual that I had to read this book. After a late night visit to a convenience store, Will’s mundane  life is changed in a terrifying manner, joining it with another woman’s.

This novella spans eight years and covers a lot of ground, but does so in such a way that you don’t feel cheated out of anything. Probably because I got the impression from Will himself that he’s stuck, nothing exciting ever happens to him. Until Frankie. In an effort to put the incident behind him, Will gives her his card and tells her to call if she needs any help. She does, which starts a chain of events that neither character could have anticipated.

Frankie is a larger than life character, with a bold personality to go with her revealing, bright wardrobe. Though once we get to know her, the contrast between the person she is and the person she presents to the world is a little heartbreaking. This is a woman with a lot of baggage, who has had a rough life, and in her own way is just as stuck as Will. I think despite the societal and personal differences, they see that in each other.

Will and Frankie’s relationship seemed to develop quickly, but the book does skip a few years to tell the entire story. They don’t really spend a lot of time together and their feelings did develop quickly, but it didn’t feel rushed. However, I don’t approve of Will’s later actions and they really soured me towards him. I also didn’t like Will’s family. They were unsupportive and rude for most of the book, and their change of heart near the end wasn’t enough to make up for their earlier behavior.

The book, while well-written with a blend of humor, sadness, and suspense, didn’t have too many twists to it. I was never too shocked by anything that happened. That being said, I did finish the book in the course of one day.

Interested in this novella? You can get it from Amazon for only $2.99.