Sol of the Coliseum by Adam Gaylord 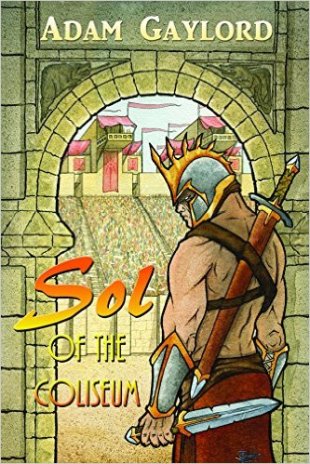 Sol of the Coliseum by Adam Gaylord is the epic adventure of young Sol, a boy that was born in the coliseum and grew up as a slave, and later as a gladiator. The novel follows Sol as he grows up underground and gathers some fame. Sol lives in an oppressed empire, and when a bard turns Sol into a hero, Sol is suddenly in the biggest fight for his life.

I truly enjoyed this novel. Sol has a conscious and is empathetic, despite being a killer. That probably had a lot to do with his adoptive family’s upbringing, a guard named Grall and an old cooking slave named Oci. All of the characters were well-written and fleshed out; I grew attached to all of them.

The writing was also well done and there were few errors. The author has an engrossing style that had me immediately invested in the story. Sol’s life was hard and often depressing, but the author managed to plot the story to give the reader a glimpse of the entire empire and overarching conflict when things got too rough.

That all being said, and I enjoyed watching Sol grow up, I felt like this was a prequel, not the start of a series. While the action was plotted to eventually center around Sol, didn’t pick up until at least halfway, if not three quarters of the way through the novel and made for slow reading. With the way the story ended, I believe the next book will pick up and center around Sol again, but I feel that could have been accomplished in this book with some different plotting. Still, I did enjoy the book; the beginning is just a little slow.

Interested in this book? You can buy it for $3.99 on Amazon.